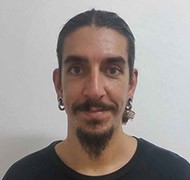 Born and raised in the northern spanish mediterranean coast (26/11/1980) Luis has been in Thailand since 2013. He discovered the underwater world in 2001 when he got his first diving license and has been diving around the world ever since. Today he’s ranked as PADI MSDT and SSI OWSI. He is fluent in english, spanish and catalan. Luis always had a deep admiration for the ocean and its inhabitants. After getting a degree in Biology he decided to move forward in the field and get a Ph.D. in immunology which, eventually, allowed him to move to Southern California and get a possition as a postdoctoral fellow in a worldwide reknowned research institute. But he soon realized living within 4 walls surrounded by microscopic beings wasn’t his thing and, two years later, he decided to quit science. By that time he already was an experienced Rescue diver. It wasn’t though until he met his friend and bussiness partner Guillermo a few months later while they were taking classes to become comercial boat captains that together they decided to move to Thailand and take over a small dive center in Koh Samui, which was on sale by that time. Furthermore Luis is a diehard fan of the great masters of history. 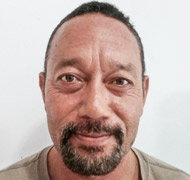 Born in Seoul Korea, adopted to the U.S.A, John had the sea in his blood. After 24 years of decorated military service and years of private contracting overseas, John decided that life was too short to not pursue his dreams. After getting his B.S degree in Human Resource Management, his Associate degrees in both Criminal Justice and Airframe and Power plant Mechanics, John decided to make his hobby, his occupation by becoming a PADI Divemaster. John has vast experience in the dive industry serving in various positions that include Dive Shop Manager, Dive Retail Shop General Manager, and Divemaster Team Leader. John’s professionalism, dedication and work ethic are a credit to himself, Silent Divers and the Dive industry.

Choose the hard Right, over the easy Wrong 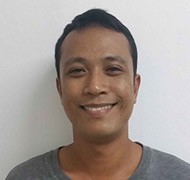 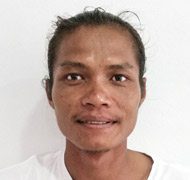 Born and raised in the Buntharik Disctrict, Ko spent most of his life as a farmer, working from dusk till dawn in the rice fields of Isan. In 2016 he decided to come all the way down to Samui and started working for Silent Divers and very soon we all agreed he was the best boat boy we had ever met. His commitment, enthusiasm and will to become the best boat crew he could possibly be soon led him to take the Thai Captain exam, thus becoming the official captain of the company and our beloved KRAKEN.

Any cookies that may not be particularly necessary for the website to function and is used specifically to collect user personal data via analytics, ads, other embedded contents are termed as non-necessary cookies. It is mandatory to procure user consent prior to running these cookies on your website.